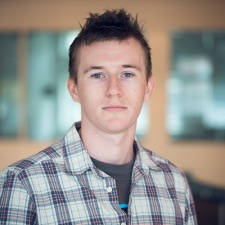 A newly independent IO Interactive is about to release a sequel to its 2016 episodic murder simulator Hitman. This time around, the episodic business model has gone and the firm is working with Warner Bros to publish the title.

We caught up with senior community manager Travis Barbour to see why the Danish developer switched up how the game was to be released and, well, why the service-based Hitman needed a sequel.

Why was it important to do a Hitman 2? When you're already releasing content incrementally for Hitman 2016, why not simply have the Hitman 2 content as additional episodes for the original game?

Hitman 2 is a chance for us to have a fresh start as an independent studio. The realities of separating from your owners are lengthy and throw a few wrenches in the works. When we looked at our options for releasing Hitman 2, we wanted to make sure that we gave the game the best chance to succeed as possible. That includes bringing new players on board, keeping our existing players engaged and also working with a great publisher and partner in Warner Bros. Interactive Entertainment.

Why have you dropped the episodic business model?

The episodic nature of the main campaign in Hitman worked well, but it wasn’t necessarily what everyone wanted. What most people did want was more of the game – and that’s why the release of our live content was a runaway success. Our post-launch content was extensive, rich and exciting. Our time-limited Elusive Targets were a real highlight that changed the way people approached the game and gave them something to look forward to months after the game had launched. Even today, we’ve got the Elusive Targets running on a second activation for all the new players that joined us through the Game of the Year Edition.

By releasing all of our Hitman 2 locations on a single day, we’re able to deliver live content on more locations with more variety over a longer period of time. With Hitman 2, we’ll have Miami, Colombia and our other locations ready from day one, and I think our players are really going to enjoy that. As a comparison, the first six weeks of live content for Hitman were exclusively in Paris. That’s a clear indicator of the improvement we want to make.

That business model was something that appeared tricky to communicate ahead of launch but was one that was met well by fans and critics. What was your experience of working on an episodic game?

We are the first to admit that we struggled to describe exactly the vision that we had for the game and that did cause confusion for some players. I’m really happy that we stuck to that vision and delivered on it throughout the previous game because everyone started to realize that what we were doing was not only a breath of fresh air for the industry, but it also put our players at the front of it all.

It was a special feeling to see all of our players move into a new episode each month and discover everything that it had to offer. It was like a massive shift from Paris to Sapienza and so on, where all of the discoveries and exploration was happening in real-time and we were able to get closer to our community because of it. I also think that the episodic release helped educate some players about some of the hidden strengths of a Hitman game, such as the insane amount of options, replayability and content that can be held within a single location.

For Hitman 2, I fully expect to see that some players will want to experience everything in one location before moving onto the next, despite having the freedom to pick and choose.

What learnings did you take away from Hitman?

A whole lot. On a personal scale, the development and release of Hitman has included the biggest, best, proudest and saddest moments of my career so far. I’m sure that level of intensity would be echoed by others who worked on the game as well, at least to some degree.

One of the questions that we were repeatedly asked in interviews for Hitman was… “is this a real Hitman game?”, a question that came on the back of Hitman: Absolution, which focused on a story-driven narrative rather than open sandboxes. I think it’s fair to say that Hitman put Agent 47 back on the map, and the team here proved that they know how to make a Hitman game.

We also learned that the original vision for an ever-expanding Hitman game is exactly the right path for us. It was a bumpy path at launch back in 2016, but we’ve since had two years of releases under our belt, including new content every single week for 12 months following launch and our Game of the Year Edition. We’re in a good flow and ready to release Hitman 2.

How has IO Interactive's development process changed since the company became independent?

The development process hasn’t changed. We were well underway with our plans and production for HITMAN 2 when the news broke officially. In terms of the development process, that has continued through the challenges and successes that we had in 2017. Now, we have full control of everything that happens with Hitman, and we’ve been able to focus on making HITMAN 2 a game that we can all be proud of.

What's the ambition for Hitman 2?

The ambition for Hitman 2 is to make the best Hitman game there’s ever been. We want to go bigger and better than our previous game and over-deliver on quality and value. As a testament to this, we’ve recently announced the Legacy Pack for Hitman 2, which allows you to play remastered and enhanced versions of the locations from Season 1 within the new game. That puts our six original locations right into the Hitman 2 menu, along with the six new locations and allows players to enjoy the new features and mechanics in Hitman 2 when playing the older locations they’ve come to love.

We also want to see players do all the things we’d never imagined possible.