Paradox’ future strategy games should be easier to mod 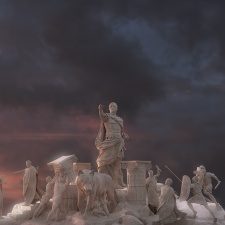 Paradox’ intrinsic grand strategy games should be easier to modify going forward thanks to an engine overhaul.

“Modders always ask us why we don’t give them the tools we use to make the games, but we don’t have any,” said Wordsworth. “People are the tools. That’s the biggest thing we’re changing. So we’ve got two tools engineers in our team, and we’re recruiting two more. Half of our team is going to be building tools, going forward.”

The current engine in use at Paradox, Clausewitz, is described by Wordsworth as merely a “bunch of code that you can use to make games.” Jomini will be built on top of this, with more priority places on creating tools to speed up and streamline development.

Moreso, while Clausewitz’ generalist nature means it could theoretically be used to make any sort of game, Jomini’s tools will be focussed on making "top-down map-based" games - the sort Paradox is best known for.

Next year's Imperator: Rome will be the first title to take advantage of the new engine.

“Our games are often compared to Excel, so we’ve completely reworked the GUI system. Not only is it flashier, but we’ve also changed the way you can make new ones. Modders should be able to make super-fancy UIs without editing any code in the game.

“I think it comes down to that: We want to put as much power as we can into the hands of the people who are making content. They shouldn’t have to ask a coder for help.

“Instead of appreciating us from afar, you can get your hands dirty. See what we do, how we work and have a go yourself.”