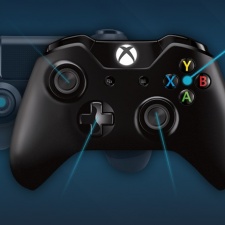 The Xbox 360 controller is the most popular gamepad used by Steam players, according to new data released by Valve.

As revealed through the Controller Gaming on PC blog post, over 30 million Steam users have plugged in at least one gamepad to play games on the platform, totalling around 60 million input devices.

Valve hopes that data gathered will help it understand how Steam users are using controllers in its ecosystem.

With native XInput support, it’s not a shock that Xbox pads dominate the space. Xbox 360 controllers make up 45 per cent of total gamepads on Steam (27.2 million). Combined with Xbox One (11.5 million), Microsoft gamepads make up 64 per cent of all connected input devices.

Microsoft doesn't seem too fussed about its Xbox devices seeing use on PC and looks to be returning the favour by bringing keyboard and mouse support to its home consoles.

The Playstation 4 controller is a little more popular than the Xbox One, with 12.2 million gamepads to the One’s 11.5 million. That may read as a sign of the Playstation 4’s popularity against the Xbox One - the controller might not plug into a PC as seamlessly, but households are more likely to have spare PS4 pads sitting around.

Steam’s own controller trails with only 1.5 million registered devices.

Valve, however, claims that its pad is used in a far wider variety of games than more traditional input thanks to its unique controls.

The 2017 Nintendo Switch Pro controller is seventh highest in popularity and Steam claims Nintendo’s gamepad has rapidly grown in popularity since official support was added in May.

Finally, the data shed light on some of the old, unpopular and downright weird hardware being used by Steam gamers. For example, there are almost half a million Playstation 2 controllers in use and around 229,000 plastic Rockband Instruments.

Last, but certainly not least: “Don't forget the 783 dance pads.”