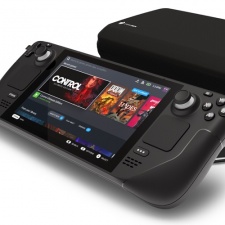 PC giant Valve has revealed how it is judging which games will work on its Steam Deck console.

On its website, the firm says that there are four tiers of compatibility for games with the upcoming hardware. 'Verified' titles will work fine on Steam Deck right off the bat, while 'Playable' games might require users to mess around in the settings for a little while.

'Unsupported' titles don't work on Steam Deck, while 'Unknown' simply means that Valve hasn't checked how it runs on the console yet.

For a game to be Deck Verified, it needs to have full controller support, have no compatibility warning, boast a default resolution of 1280x800 or 1280x720 and should run on the Proton software.

"While many games run great on Deck out of the box, this shift means there are some games that, while they may be great on a desktop PC, aren't a great experience on Steam Deck.

"We want it to be easy for you to find great gaming experiences on Steam Deck, so we’ve designed a system to do just that."

Steam Deck was unveiled back in July of this year with a December release date. Valve rolling out its Deck Verified scheme comes in the wake of Proton co-maker Codeweavers saying that not all Steam titles worked on the hardware.