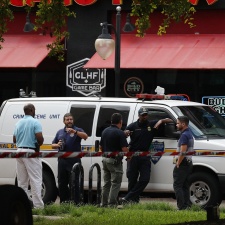 In the wake of a tragedy that left three players dead and 11 people wounded at this weekend’s qualifiers, EA has called a time-out on the remaining events while it undergoes a review of safety procedures at its esports events.

“The event was a qualifying tournament for the Madden Classic, our first Madden EA Major competition of this season.” said CEO Andrew Wilson, in a statement following the tragedy.

“While these qualifying events are operated independently by partners, we work with them to ensure competitive integrity and to gather feedback from players. We have made a decision to cancel our three remaining Madden Classic qualifier events while we run a comprehensive review of safety protocols for competitors and spectators.“

“We will work with our partners and our internal teams to establish a consistent level of security at all of our competitive gaming events.”

The shooter is known to have been a competitor knocked out during the qualifiers and took his own life after causing chaos at the event. After retrieving a handgun from his car, the player shot and killed two other competitors, and left nine with gunshot wounds.

Three more events were scheduled to take place in Virginia, California, and Texas over the next month, before an October finals event in Las Vegas.

Wilson ended the statement: “This is the first time we’ve had to confront something like this as an organization, and I believe the first time our gaming community has dealt with a tragedy of this nature. Please take time to support each other through this challenging time.”

EA has also shifted an embargo on Battlefield V gameplay footage from Gamescom as a result of this tragic event.