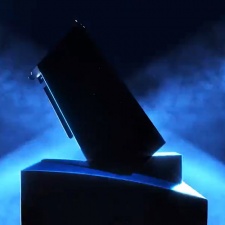 In a video shared on Twitter (below), the hardware giant teased a powerful GPU set for 2020 release.

That's pretty much all we know based on that video. Given how Intel has all but swept up in the CPU space - even with AMD's new impressive Ryzen chips - it'll be interesting to see how the hardware company fares in the graphics card space. Nvidia is the top dog in this sector, trouncing competition, once again from AMD.

Even though Intel has little to say beyond the marketing hyperbole, this does feel like an effort to distract from the big news that Nvidia shared about its new Turing GPUs. This new powerful card architecture is built for rendering raytracing as well as handling complex functions such as machine learning.

Intel hasn't done discrete graphics cards in some 20 years, though it has tried. The hardware firm cancelled its Larrabee GPUs, but this tech ended up being used in its multi-core chips.

We will set our graphics free. #SIGGRAPH2018 pic.twitter.com/vAoSe4WgZX

Analysts expect AMD CPUs will outperform Intel by next year