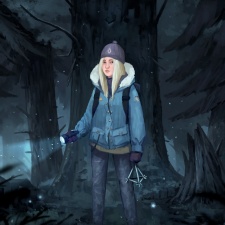 News first broke after former producer and studio manager Sara Casen posted a tweet (below) looking for more work, revealing that the entire team was now “looking for new jobs.”

Hi all, I promised you some news earlier today. I'm looking for a new producer job in the games industry. The whole Midnight Hub team is now unfortunately looking for new jobs :/ I'm sad to share this with you, but this is the case. My LinkedIn: https://t.co/2lLGD5v2wk pic.twitter.com/rZvVI1ru9v

Casen went on to explain that despite the “best possible launch”, the studio’s debut title Lake Ridden sold far below expectations.

“Lake Ridden" released in May, and we had the best launch imaginable; 5 days on the Steam front page, 96% positive review score, major coverage with streamers and we worked with two good PR firms,” said Casen, in follow-up tweets. “But the game has simply sold way less than anyone of us could ever have expected.”

“I still have a lot more Twitter followers than copies sold of Lake Ridden,” she added - at the time of tweeting, Casen has just under 3,200 followers. “This is very sad news ofc. The studio will technically continue to exist (the game will still be up on Steam and players will get support), but we have been forced to let everyone go.”

The experience continues to prove how hard it is for independent developers to make a living on Steam in 2018. In spite of seemingly doing everything right, a small team was still unable to break even on its debut.

“Selling games on Steam (and GOG + Humble) in 2018 with almost 200 new games launching each week (and growing) while the average Steam user buys 8 new games/year is...hard. We're cleaning out the office later this week.”

We caught up with Casen ahead of Lake Ridden's launch, with the exec saying the firm had high hopes for its debut.

We trended on Steam's front page for five days, more than 60 players reviewed the game with a 96 per cent positive rating and big streamers like Lirik and Forsen streamed the game," she explained.

"I think we managed to do something really amazing with such a small team and the limited resources we've had during development."