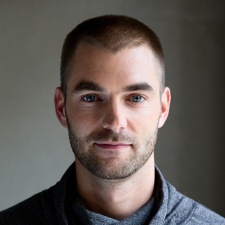 GOG.com says it believes game streaming services are merely another form of DRM.

As a store that stakes its business on selling DRM-free digital games, GOG has carved its own niche in the market.

Speaking to GamesIndustry.biz at E3, the company shrugged away any suggestion that it would develop its own streaming technology

"We don't see it as a thing that will take over games distribution," said head of global communication Lukasz Kukawski. "Out stance in digital distribution is to own the games because they are DRM free, and for many gamers this is very important. With streaming, there's another layer to it.”

“You already have games with DRM, so it's more like licensing games than owning them. And streaming is more like renting a game, so it's another layer to this ongoing discussion.”

GOG works with publishing partners, however, who have their own interest in streaming. That doesn’t seem to phase the platform, who see themselves as providing value by helping keep publishers’ older titles alive and valuable.

"I see the service we're providing to publishers as something additional for them. They just sign the agreement and wait for the royalties to come, rather than actually getting a team of programmers to work on it.

“So I do believe they know what the profit will be from the smaller games, and this is going to be something that sticks in their mind and they're going to focus more on the new, bigger titles they're releasing”

Reply
mech mouse
Unfortunately I remember, back when I was on Dial up after having taken my computer into work to use their phat 256K pipe to download HL2, saying that Digital Download will never take over physical media.

I think streaming will become more prevalent, but I hope it will always be an option rather than a forced requirement.
Posted 4 years ago