UK studio The Chinese Room closes its doors – for now 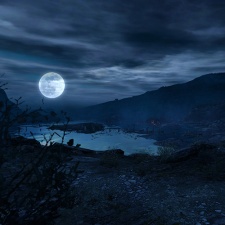 The Brighton-based developer behind Dear Esther and Everybody’s Gone to the Rapture has announced it is ‘going dark’ for a time.

In a blog post, director Dan Pinchbeck announces that back in July, the studio had laid off all of the staff – eight people – in July, and were now working from home.

Now the studio is just Pinchbeck, Jessica Curry and Andrew Crawshaw; the team is still working on its new project, The 13th Interior.

“In fact, this has been on the cards since earlier this year,” Pinchbeck wrote.

“Back in June, I had a health scare – nothing life-threatening, but enough to pull me up short and make us have a serious think about things. This was right at the tail end of development on So Let Us Melt, following a long period of ongoing pitches and negotiations to secure the follow-up project for the studio. To cut a long story short, the situation – between financial pressures, trying to keep the lights on for the employed team, the stress of end-of-development, health issues – just wasn’t a tenable thing anymore. It was time to take a break, recharge, recover and have a good think about the future.

“So we let our team go. Lay-offs are never pleasant, particularly when you’re all trying to wrap a game. We did our best to try and help the team secure new positions, and then we all – the whole team – threw everything we had at wrapping the game. It didn’t feel fair to anyone, least of all people who had spent a year working on a project, to have its completion and release overshadowed by news about the studio closing, so we’ve held off on the announcement until we felt we were clear of all of that.”

Pinchbeck points out that this isn’t the end for The Chinese Room; rather it’s a break.

The director spoke to Eurogamer, also, where he shed some light into what had occurred with The Chinese Room during the making of Everybody’s Gone to the Rapture, as well as the issues inherent in being a smaller studio with big ideas.

"We wanted to do something more complex, more involved and bigger scale. And that takes a long time to negotiate, which makes it difficult if you are coming to the end of a project, you're burning £35-40,000 a month, and you know you're probably looking at another five or six months worth of negotiations going ahead, where you've got no income coming in."