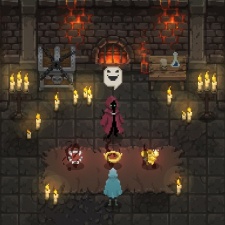 Contingent99’s spell-flinging roguelike Wizard of Legend has sold over half a million copies.

The announcement comes in the wake of the game’s recent Nocturne update. The biggest feature of this release is the introduction of “a familiar NPC to Lanova Plaza who will randomize players' runs through the Chaos Trials.”

Nocturne should also improve load times and performance across all platforms. Importantly, Wizard of Legend has been localised into French, German, and Russian, on top of the game’s existing support for Spanish, Chinese, Japanese, and Korean.

Wizard of Legend is a co-op roguelike dungeon crawler, released in May this year. The title raised over $70,000 through Kickstarter, and launched at No.4 in that week’s Steam Top Ten.