What is best in life? Conan Exiles comes close, at No. 2 on Steam 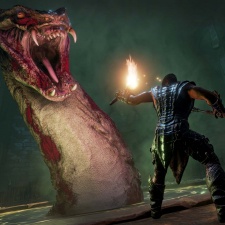 Funcom’s entry into the crowded survival space launched out of early access into No.3 last week. A steady release of new servers and bug fixes hit the title over the last seven days, and concurrent player numbers have remained strong. Competitor The Forest remains steady in sixth, proving that the survival genre in general remains popular among steam users.

An update and accompanying free weekend for Rainbow Six: Siege sees Ubisoft’s team shooter breach back into the Top Ten, taking the No.7 spot. The explosive re-entry knocks Stardew Valley down to eighth place.

Hellblade makes a surprise return to close out the chart, after going on sale last week. It’s possible that with God of War making waves on the PS4, Ninja Theory’s nordic hack n’ slash has become popular for fans of viking violence on the PC.

Below is the Steam Top Ten for the week ending May 12th.