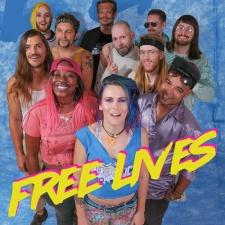 It’s one thing to push a wobbly physics-based penis game onto Steam Early Access as a local multiplayer experience.

But it’s quite another to work in secret on erecting a fully-featured single-player story based on disembodied dongs. But that’s exactly what the studio behind Genital Jousting did, when they released the full title on Steam this January.

We spoke to Free Lives earlier this year, and decided to catch up with the South African developer to discuss the ongoing reception to Genital Jousting post-launch.

“It’s been incredibly rewarding to see people engaging with the story and coming away with more than they were expecting. The game seems to have resonated with a lot of people and that’s honestly all we could have asked for.

“We were hoping for the game to go a little more viral on YouTube, but we can’t really complain. I’m reasonably sure we’re the most successful video game about an anthropomorphic penis trying to find a date for his high school reunion. Top five at least.”

Pouring resources into such a provocative title could have gone extremely poorly, but fortunately, it appears

“We knew that the game would surprise people. But beyond that, we had no I idea if people would like it, or connect with it in the ways we were hoping. Our expectations pre-launch were a mixture of wild optimism and sheer terror.”

“Besides absurdism, Genital Jousting sucks people in because it is so surprising. People aren’t expecting a penis joke that has been this foolishly over-invested in.”

“People aren't expecting Genital Jousting to exist in the first place, and then when they play it, they discover it’s not what they expected anyway.”

South Africa isn’t short on talented independent developers and studios, but it’s not the most visible region when it comes to the industry at large. I asked Free Lives what specific challenges the studio faced working out of its homeland.

“Being from South Africa is mostly a bonus when it comes to running an indie studio. And finding your audience is the same problem no matter where you are in the world. However, we do have a few issues that aren’t a problem for most western developers.

“Especially when it comes to things like funding, networking, and attending industry events. Those things just aren’t accessible to most of the world.”

Genital Jousting’s story mode was a real surprise near the end of development. For the longest time, the public image of the game was a frantic arcade experience - and it came as a shock to discover that the full release would centre on the heartfelt story of a disembodied penis looking for a date for a high school reunion.

“Throughout development, we were working in secret on the story mode. We wanted it to be a big surprise, so we could only really show the game to close friends and peers.“

“Our biggest take away from that process was that we probably won’t try it again soon - open development is a lot easier when it comes to getting feedback and motivation from your fans.”

What’s next for Genital Jousting? Not much, it appears - Free Lives has closed the book on the touching, testicular adventure for the time being.

“For now Genital Jousting is finished. It is what it was meant to be. We’ve told the story we wanted to tell.

“Until we desperately want to tell another story through anthropomorphic penises, we’re happy to move on to the next chapter of Free Live’s own story.”