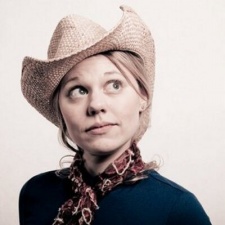 Update: ArenaNet has given us an official company statement, echoing the words of studio president Mike O'Brien.

The statement reads: "We strive to cultivate an atmosphere of transparency around the making of our games and encourage our teams to be involved in open, positive discussion with our community."

"Earlier this week, two of our employees failed to uphold our standards of communication with our players and fans, and they are no longer with the company."

Original Story: ArenaNet has let go of Guild Wars 2 writers Jessica Price and Peter Fries after a social media spat with one of the game’s streamers.

This past Tuesday, Price took to Twitter (below) to discuss the unique challenges of writing characters in an MMORPG, compared to single player narrative design. YouTuber and ArenaNet-partnered streamer Deroir responded with his own thread, arguing in favour of dialogue options to overcome the constraints.

A colleague, Peter Fries, stepped in with a now deleted (and archived) tweet in support of Price. The argument on both writer’s part was simply that Deroir’s feedback wasn’t asked for. That’s perhaps a hard sell with the open nature of social media, but Price’s frustration at having “a person who does not work with you explain to you how you do your job” is understandable as a woman in the industry.

Ultimately, Deroir commented that he was only seeking “dialogue and discussion” with Price, and apologized for any offense caused.

Normally that’d be the end of it. A Twitter conversation with a fan goes awry, and both parties leave bruised. Not ideal, but ultimately inconsequential. Price and Fries’ bosses at ArenaNet, however, weren’t having any of it. Both writers have been relieved of their jobs.

“Recently two of our employees failed to uphold our standards of communicating with players,” said ArenaNet president Mike O’Brien, speaking on the Guild Wars 2 forums. “Their attacks on the community were unacceptable. As a result, they’re no longer with the company.

“I want to be clear that the statements they made do not reflect the views of ArenaNet at all. As a company we always strive to have a collaborative relationship with the Guild Wars community. We value your input. We make this game for you.”

As far as toxic interactions between developers and consumers go in the games space, this wasn’t particularly egregious. But the decision by ArenaNet to remove two employees over the debacle seems particularly harsh.

More unsettling is that, despite any intentions of polite debate Deroir may have held, this sets a troubling precedent. One that may be exploited by more unsavoury elements of the gaming crowd.

A clear message from managers has been sent - expect ArenaNet staffers to be far less vocal about their work, if one tweet is all it takes to lose their job.

Today in being a female game dev:

"Allow me--a person who does not work with you--explain to you how you do your job." https://t.co/lmK0yJWqGB