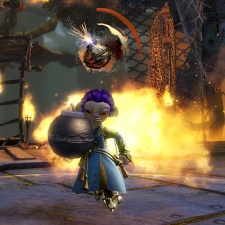 The developer behind popular MMO Guild Wars 2 ArenaNet has been caught redhanded of installing spyware on users' computers.

That's according to security researcher Fabian Wosar, who - in a post on Reddit - had reverse-engineered a recent update for the title. The March 6th patch included a programme that apparently scans player computers to look for cheats being used in-game. It looks like the client-end of this spyware was dropped on March 27th, with another update.

The developer has responded to the accusations, saying that as of April 16th, it had banned 1,583 accounts for six months. 1,516 were suspended due to running third-party programmes, with the remaining 67 accounts being dropped for being related to one of the other accounts or botting or hacking.

"Arena decided it was okay to just snoop around in the processes I was running and decided it found something, it didn't like," Wosar said.

" What it was? Only they know. The spy component doesn't include the list of MD5 hashes they look for. It only creates the list of all hashes of all modules loaded within the Guild Wars 2 process as well as of all the other processes running on your system and then sends this list off to the Guild Wars 2 server as part of the normal traffic (which by the way is poorly encrypted from what I can tell, so chances are anyone in between can figure out exactly what processes you were running as well)."