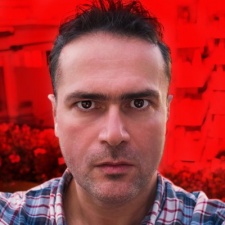 The founder of SteamSpy Sergey Galyonkin has said that while he supports Valve's decision to allow any project onto the platform, he says that gamers need more filters to decide what they do and do not see.

Speaking to PCGamesInsider.biz, the researcher and Epic Games employee said that freedom of speech was all well and good, but there also needs to be the freedom to not listen, also.

"Valve has a noble goal - it doesn't want to be censoring games and I appreciate it," he said.

"On the other hand, freedom of speech only works if I have the freedom to not listen. Coming from the former Soviet Union, there was no freedom of speech because you were constantly bombarded with propaganda and you could not turn it off.

In the case of Steam I, as a gamer, don't have enough tools to be able to filter out the front page and so on. That feels bad - I am happy with the goal of letting everyone on the platform. I would not do it myself, probably, but I understand where they are coming from and it is a noble goal. But unless you can provide gamers with the tools to filter, it is not really a good deal for everyone - not for developers; not for gamers."

Last month, Valve announced that it would be totally opening up its Steam platform to any and all developers and projects - provided that what was put forward was not illegal or 'trolling'.

The move was met with criticism from many in the industry, but publishers and developers speaking to PCGamesInsider.biz were more level-headed on the subject, essentially saying that Valve was damned if it did and damned if it didn't control what came onto its platform.

You can read more from Galyonkin in our soon-to-be-published interview right here on PCGamesInsider.biz