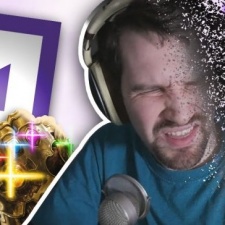 Two of Twitch’s most prominent personalities, m0e and Destiny, face 30 day suspensions from the platform after using offensive words on stream. This comes in the wake of Twitch increasing efforts to crack down on hateful content.

m0e received a 30 day ban from the platform after using the word “faggot” on stream. His defense, that he uses the word in place of terms like “retarded”, didn’t exactly hold up in the court of Twitch.

“I’m going to try and stop using the word ‘faggot,’ but it’s one of my favorite words,” said m0e. “It’s not offensive. It has a lot of different meanings.”

The explanation for Destiny’s ban is less direct. Speaking on YouTube regarding the suspension, the Hearthstone and political streamer explained that comments he made regarding Cubans may have been the final straw.

“The first one was because I called the one dude a bad word,” said Destiny. “I called him the F-word — I don’t even know if I’m allowed to say it without getting banned on another platform, but I said the F-word, and called him a retard or whatever.

“Apparently that was bad. But they also clipped the thing where I was talking to my mom and I said, ‘Holy shit, maybe they should just fucking shoot Cubans who were swimming over to the US or something or what my mom wanted to do to Mexicans or whatever.”

Despite Destiny’s Cuban heritage and the intended joking context, Twitch is pulling no punches when it comes to enforcing its code of conduct.

Both m0e and Destiny have faced suspension before, and bans of up to a week aren’t uncommon for offenses. But Twitch’s guidelines state that “hateful conduct is a zero-tolerance violation, and all accounts associated with such activity will receive an indefinite suspension.”

Frankly, I'm glad Twitch is finally putting its foot down on hateful content. This decision may lose the platform some big names in the short term - Destiny is considering moving political content to YouTube, for example. But as streaming becomes ever more popular, the right steps need to be taken to make Twitch a safe and enjoyable platform for all users.