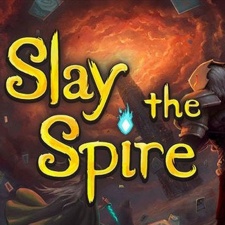 Roguelike deck-builder Slay the Spire has hit over one million sales since launching late last year.

Slay the Spire launched through Steam Early Access last November. Players run through a gauntlet of dungeons, picking from three classes and building a deck of abilities by defeating opponents.

Developer Mega Crit has kept a steady rate of updates, dropping new content such as challenge modes and a new character class. The million sale milestone coincides with the title’s 31st weekly update, which added a customisable game mode.

“It’s been a wild ride as the two of (and a great number of collaborators!) started work on this game almost three years ago.”

“The feedback and reception for the game has been far more than any developer could hope for and we’d like to sincerely thank all of you for playing the game, creating amazing content, and even starting riots over boots. We hope to pay you all back by working our butts off.”