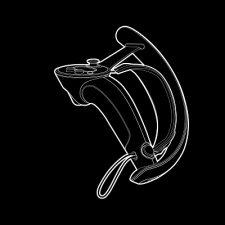 A new suite of tools to touch objects in VR headline a list of improvements in Valve’s next Vive controller.

Valve have begun sending EV2 controllers - the next edition of the Vive’s custom pads - to developers. The second edition hardware features pressure sensors that allow more analogue input detection, opening the doors to a whole new space of VR interaction. A panel at the side even allows users to “drop” their grip on the controller completely.

The studio released a short Portal-themed experience to demonstrate many of the new features. Activities like building an intricate space-station and driving a remote-controlled toy car provide examples of ways the new pressure techniques can map to gameplay.

A host of other changes provide more quality-of-life improvements to the EV2. The trackpad has been scaled down to allow space for a proper analogue stick, and has its own force detection build in. The EV2 also boasts a substantially longer battery life at 6 hours.

The first edition EV controller was announced in 2016, with kits sent out to developers a year later. A full list of changes on the EV2 can be found in this post.