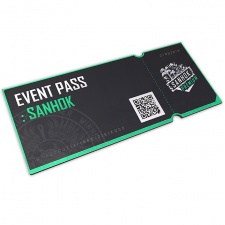 The latest map update for Playerunknown’s Battlegrounds has bought it two spots at the top of this week’s Steam Top Ten.

The Sanhok map dropped at the end of last week, bringing the game’s smallest map out of testing and into the wild. Released alongside was the game’s first Event Pass - a Fortnite-style content pass that rewards paying players with extra cosmetics. The Pass comes in at No. 2, as Battlegrounds reclaims its place at the top of the chart.

Fellow chart regular Grand Theft Auto V drifts into No.3 this week. Rockstar’s last landmark title is currently two-thirds off in the summer sale, with similar discounts applied across all online microtransactions.

Previous top-dog Jurassic World Evolution slips down to No.4, likely more a sign of above’s strong showing more than anything.

With the Steam summer sale in full swing, big discounts on big games are making a big impact on the charts. A 50 per cent discount on Final Fantasy XV brings the JRPG up to No.5, while half-price on Fallout 4’s Game of the Year Edition lands a spot at No.7.

The Witcher 3 slips down from fourth last week, bagging a spot at No. 9 this week. Ark: Survival Evolved stubbornly keeps it’s sixth place spot a week on.

Closing out the list is Valve’s Steam Link. A 95 per cent discount to the hardware sees it go for a bargain $2.50. Unaffected by the iOS app’s woes with Apple, the Steam Link hardware lets users stream PC gameplay straight to their TV.

Below is the Steam Top Ten for the week ending June 16th.