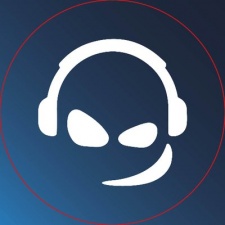 Games comms application TeamSpeak has accused Discord and Skype of selling on user data to third parties in the build-up to its big new update this year.

TeamSpeak 5 is set to launch later in 2018 with the company updating its website to talk up the update.

Promised features include "military grade security", "ultra-low latency" as well as "the best voice quality available". Additionally, the company says that "Unlike other solutions, we don't force you to use our centralised servers. We don't harvest your data, sell it on. We don't tell you how things should work or look. It's your choice. We let you decide."

In the competition analysis table on the company's homepage, TeamSpeak calls out both Discord and Skype of "providing" data to third-parties. Speaking to PCGamesN, a Discord spokesperson refuted this accusation, saying: "Discord does not share data with any third parties."

TeamSpeak is likely bitter as it has been dethroned from its position as the top dog of the games chat space. Discord has burst onto the scene, accumulating 130m users in just a few years becoming the defacto games comms application. To be fair to TeamSpeak, Discord hasn't been afraid of slamming its offering, either.

Steam has recently overhauled its chat client with a series of features that resemble Discord's offering.

TeamSpeak 5 takes over from... TeamSpeak 3 and is set to launch at some point this year.