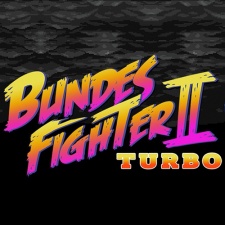 German prosecutors have decided to not pursue legal action against a game featuring Nazi iconography.

The title in question is Bundesfighter II Turbo, a browser fighter game that starred members of the German political scene. This was made by public broadcasting firm Funk Media, whose goal was encouraging voters in the Street Fighter II spoof.

One playable character was Alexander Gauland, leader for the far right Alternative for Germany party, who turns his body into the shape of a swastika as a special move.

Since 1998, using Nazi imagery in video games has been illegal following a German High Court ruling over their inclusion in Wolfenstein 3D. No game attempting to be rated by the German USK body will get one.

This set a legal precedent, something that might be occurring with the Bundesfighter II Turbo decision. The title is a web game, meaning it likely doesn't have to obtain an age rating, however, so it's likely we will not see any games featuring Nazi imagery launching in Germany any time soon.