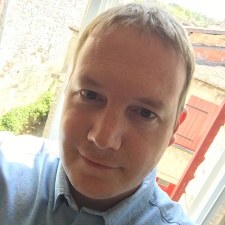 That's according to producer Stuart Morton from publisher The Irregular Corporation, who says that the firm has had requests from teachers asking to get the game into the classroom.

This isn't just so that schools can teach about computer science; the career aspect of the project has also been a hit with teachers.

"We're getting a lot of requests - daily - to get the game into classrooms as part of the curriculum to do classes about building PCs in IT," Morton said.

"That's great for us and we are looking to support that. An Education Edition was something we originally planned and we thought that would be the easy way of doing this. But actually, from speaking to teachers, what we have now is what they want. It's not that they want the PC assembly stuff, they want the whole career mode of doing jobs and teaching the kids this is how finances work. There's that side of things. It was a bit of a surprise, quite frankly. There's nothing in there that kids can't get on with. Supporting schools would be a very interesting thing for the next couple of years."

Morton has said he was surprised by the broad range of people who have so far enjoyed PC Building Simulator. In particular, he did not expect so many children and young people to be interested in the project.

"If you ask me what I thought the audience for this game was, I don't think I could answer it properly. There's a really wide range of people playing the title," he said.

"It turns out lots of young people enjoy it. We were surprised by the amount of children who wanted to play the game at the PC Gamer Weekender and came to the show to see our game. Young people want to play it and learn about building a PC."

You can read more about PC Building Simulator in our upcoming interview with Morton.