Techland has secured Call of Juarez rights from Ubisoft 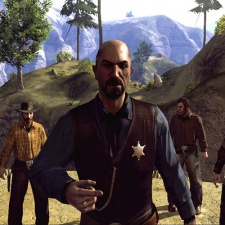 Polish games firm Techland has acquired the publishing rights to the Call of Juarez franchise back from Ubisoft.

This looks like a means by which Techland can bolster its publishing plans. The firm announced its publishing arm back in March 2016, with the first title being released this way being 2017's Tides of Numenera on PC.

The franchise was developed by Techland with four entries to date. The first launched in 2006, with a sequel coming in 2009. 2011's The Cartel finished - with a modern war-on-drugs setting, while the franchise returned to its Western roots with 2013's Gunslinger.

That Ubisoft gave up the rights shows that there isn't currently a title in the works at one of its other studios, but it seems likely we'll be seeing another Call of Juarez game from the Polish game maker some time soon.

“Developed by Techland, the Call of Juarez series received a great reception and support from a huge community of players," Techland Publishing CPO Adam Lasoń said.

"As Techland Publishing moves forward as a leading publisher, we are delighted to welcome Call of Juarez: Gunslinger to our publishing division. We would like to thank Ubisoft for its incredible work publishing the Call of Juarez games. We’ll continue the great efforts of Ubisoft and support the fans of the Call of Juarez universe in the same dutiful and passionate way”.