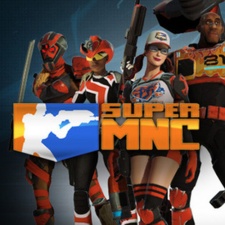 MOBA Super Monday Night Combat from Uber Entertainment will be closing in May thanks to new EU data protection laws.

The studio announced that the cost of getting the 2012 MOBA to comply with General Data Protection Regulation is too difficult, and that it cannot afford to work it out.

Specifically, the studio told Polygon that its UberNet back-end system is not compliant with the new EU protections.

The title will be closing on May 23rd, with Uber offering $10,000 of digital currency to encourage users to play before the lights are turned off.

Uber isn't the only company to be hit by new data regulations, and indeed societal concerns about how data is being used.

SteamSpy might have to close down following changes to Steam's privacy policy. Where the data and research firm used information gleaned from user profiles which were public, these have been changed to private by default.

This is - to our knowledge - the first example of games studio being hit this hard by the new regulations.

Gamers can now see all data related with their Steam account