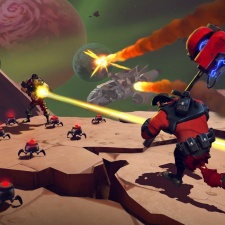 F2P shooter Loadout will be shutting down May 24th, in compliance with new EU General Data Protection Ruling laws.

Developer Edge Of Reality told PC Gamer that the studio lacks the resources to make the title GDPR-compliant, and will be shuttering the title when the ruling comes into effect at the end of May.

“Sadly, while big companies have the resources to comply with the GDPR, that's not always the case for small businesses. We still protect your privacy, and we wouldn't dream of doing otherwise. We just don't have the resources to overhaul Loadout and implement new features to meet a large list of new requirements”

Loadout’s cloud server provider is also ending its service, speculating at GDPR as a cause. A pattern of cloud service providers shuttering has increased server costs, while income from Loadout has remained steady, putting the title “deep into the red”.

The game launched in 2014, making itself notable thanks to ridiculous weapon customisation options. It will continue to be free to play until May 24th.

It isn’t the only title affected by the EU ruling. MOBA-shooter hybrid Super Monday Night Combat announced a similar shutdown as a result of data regulation, and will likewise switch off its servers come May 24th. It’s likely that more multiplayer titles from smaller studios may shut down as a result of the ruling.