So, Deadmau5 is making a game 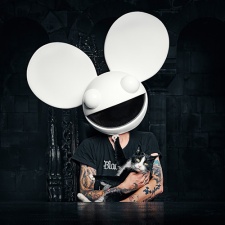 The man himself posted a clip to Twitter (below) - itself from Twitch - detailing the development of the game. The title is a first-person shooter that uses hit scan weapons with the exception of the sniper, which will have bullet drop a la Fortnite.

In a post on Reddit, Zimmerman explains that what is on display is a prototype that was thrown together in just two weeks by a team of five or six people.

The game doesn't have a name just yet, nor is there much information beyond the fact it's a first-person shooter. The references to Fortnite are perhaps a hint that the team wants to have a similar kind of feel to Epic's battle royale shooter.

"At present, we're just setting up some basic mechanics, getting a space together where we can jam out in an arena of sorts and spitball ideas," he wrote.

"Once we've agreed on that and nailed in network code and sever delegation, we head down the 'fun and original secondary objective' route. once that all gets dialled in, we head into art department and clean her up and carry on improving the functionality and playability."

mad early "alpha alpha" testing... but making great progress with the team. For now, consider it a pet project... give us a year at least. https://t.co/z63JrAC6UQ