Ubisoft further details how it is dealing with Rainbow Six: Siege toxicity 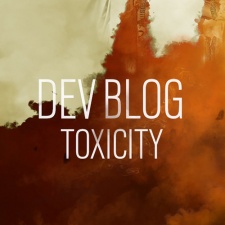 The developers behind massively popular online shooter Rainbow Six: Siege have ramped up their processes for dealing with negative behaviour in the game.

In a blog post, Ubisoft says that toxicity in the community is a priority for the team in the next few years, with the studio taking several different tacks to this end.

Firstly, the firm is monitoring chat to track the frequency of racial and homophobic language. This feature has already been detailed, with Ubisoft applying bans of two days, seven days, 15 days and permanent bans depending on the severity of language used.

The next measure being taken is letting players mute the in-game text chat. This will see users able to silence other competitors individually as well as the voice chat.

In addition, Ubisoft is creating an automated system that will censor text chat based on a list of banned words. Using said words will give users a notification that the language used was not acceptable. Gamers who repeatedly break these rules will face action.

And finally, the firm says that it is addressing the on-going problem of team killing in the game. Details are thing, but the idea is to track long-term offenders.

"These short-term changes will begin to address toxicity, but we do not plan to stop there," Ubisoft wrote.

"We are serious about tackling the issues surrounding the potential for a negative player experience, and we will share any further changes with you prior to their implementation. We are interested in hearing your thoughts, and gathering your feedback! Please jump into the discussion on the subreddit and let us know what you think."

Blizzard is turning to machines to deal with toxicity in Overwatch, incidentally.

Ubisoft steps back from instant-bans for hate speech in Rainbow Six: Siege

Rainbow Six: Siege - “Toxicity is not a fight that you will win - it’s a race”

Rainbow Six Siege finally gets an option to report toxicity