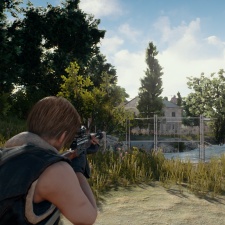 As we close in one year of Playerunknown's Battlegrounds, the developer behind the game has announced its intention to crack down on cheaters.

In a post on the game's Steam Community page, head of service management and anti-cheat Dohyung Lee revealed that the studio was establishing a team dedicated to detecting and putting an end to cheating. As part of this, the studio has made and is deploying a new anti-cheat solution next week. This is already on the Playerunknown's Battlegrounds' test servers.

This programme will block third-party programmes that make changes to the game's graphics or help gameplay in some way. That PUBG Corp was working on such tech to end players getting an advantage with applications like ReShade was revealed on the game's forums yesterday.

That isn't all the developer is doing, either. PUBG Corp says it is improving the title's in-game reporting feature to better review reports of people cheating.

Tampering with in-game files will also see user access blocked. There are changes coming to the account sharing functionality, too. Via Steam, users can share with their family but this is going to be deactivated because the team has detected a number of vulnerabilities.

"We would like to sincerely thank all players who have always played fair, respected other players, and enjoyed PUBG as part of a healthy community," Lee wrote.

"We will do our utmost to minimise the exposure of players who play fair to those who don’t. We ask for your understanding and active feedback so that we can create an enjoyable environment for PUBG together.

"The internally developed anti-cheat solution is planned to be upgraded steadily after the first implementation next week. As mentioned earlier, the eradication of cheat programs will not end with a few attempts and actions. In addition to the systems currently in development and already implemented, we are looking into a more effective system, and we will actively introduce any solutions that were confirmed to be reliable and accurate. We will continue taking firm measures against the developers, distributors and users of cheats. We promise you that we will do our best every day in our battle for a fair game environment."

Cheating has been an issue in the game since its launch, with anti-cheat partner BattlEye having to ban thousands of users each day in the summer.

PUBG Corp's efforts, while valiant, pale in comparison to those of the game's Chinese publisher Tencent. That firm has been teaming up with local law enforcement to crack down on those in the region who are making hacks for Playerunknown's Battlegrounds.