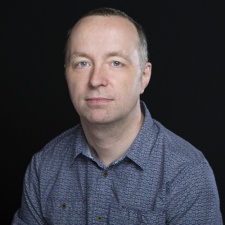 Today, Cliff Harris of Positech tells us what we can expect from his session during The Making Of track.

Tell us a bit about who you are and what you do?
I'm Cliff Harris, known online as cliffski, an on-and-off indie game developer since 1997 and designer of games including Democracy, Gratuitous Space Battles and car factory simulation game 'Production Line'.

What are you going to be talking about at PC Connects London 2018?
I'm going to talk about what has been involved in making Production Line, how it differed from other games I have worked on, and how it changed from initial concept to the current version, which is in Early Access on PC.

What is your favourite PC game from 2017 and why?
Battlefield 1, mainly because it;s become a really social game for me and some fellow devs who hang out several times a week to chat on discord while we shoot at the enemy and blow up tanks and biplanes. Great sound design, amazing graphics, and a great core shooter experience, plus a fairly addictive metagame.

What do you think are going to be the biggest trends and releases of 2018 for PC?
Hopefully, loot boxes will go away, but I doubt it. I strongly suspect a lot of small indie studios will go bust. The industry is so competitive right now and everyone is swamped with games. It cannot support the number of developers trying to make a living from it.

What are you most excited for in the PC games market right now?
I still think VR has a lot of potential. We are at the very early stages of what that technology can become, and once its affordable for all we should see some really amazing developments in VR gaming.