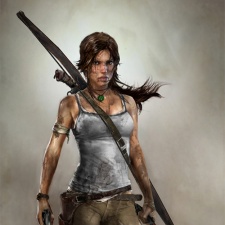 Publisher Square Enix has revealed that a new entry in the Tomb Raider series is going to be announced next year.

In a post on Twitter (below), the Japanese giant said that it will be sharing more information about the game next year and that it is taking a "new approach this time".

The announcement makes reference to this "journey" starting at a "major event in 2018" – this is likely E3, but could also refer to GDC. Games have been announced at the developer-focused event before, after all.

Square also says there won't be long between the announcement and fans being able to play. It's possible the game will be launching by the end of 2018, though we do like the idea of an 'and it's out now' type announcement. There's also the Tomb Raider film which launches in March 2018.

A sub-12 month announce-release cadence has been good for other games. Fallout 4 was announced at E3 2015 and launched that November, going on to sell gangbusters. Ubisoft tried a similar approach with Watch Dogs 2 to slightly lower success.

This game is undoubtedly the leaked Shadow of the Tomb Raider which was leaked in October last year when a developer at Eidos Montreal was spotted on that town's transit system working on assets for the game on their commute. Crystal Dynamics normally handles development duties here; Eidos taking over for this time might be part of this new approach while Crystal Dynamic works on a larger iteration.

As spotted by gaming historian and invaluable source of information Liam Robertson, the first letter of every sentence in the statement spells out Shadow.

A message to our fans! pic.twitter.com/HlDYsUtZMs