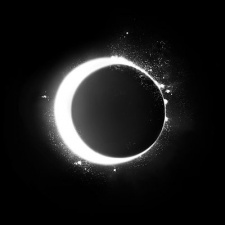 Publisher Square Enix planned to unveil the launch date for Shadow of the Tomb Raider tomorrow (Thursday, March 14th), but it would seem that information has slipped out a little bit earlier.

Twitter use Nibel (below) has managed mine data from the landing page for the reveal website, showing that the game will in fact be launching on September 14th.

Furthermore, the game will not be exclusive to any one platform, be it a timed deal or permanent. More information will be coming about the game on April 27th, too, if this data is to be believed.

Square Enix confirmed that a new Tomb Raider game was coming in December 2017, with the first letter of each sentence spelling out 'Shadow', rumoured to be the game's name. Incidentally, all the information in this story - the platforms, the release date - seems suspiciously easy to find and likely part of Square's campaign for the game.

Shadow Of The Tomb Raider will be launched September 14th, lol pic.twitter.com/EJAiNbVWxH

Other interesting tidbits from the website's source code:

This is the latest leak facing Shadow of the Tomb Raider; its very existence was outed in October 2016, after a developer from Eidos Montreal was snapped working on assets for the game on that city's transit system.