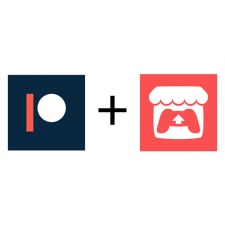 Indie games store Itch.io has given developers the option to make money from Patreon on their storefronts.

The feature was announced on Itch.io’s site, where it was revealed that the functionality is as simple as connecting the two accounts, selecting a campaign and sharing the address with patrons. Itch.io then uses the Patreon API to verify users get the right users.

“Patreon is a new kind of payment model that I think is very effective, a lot of game developers have adopted it,” Itch.io founder Leaf Corcoran told GamesBeat.

“We want to support game developers. I don’t really care that Patreon is its own payment processor, and we’ll never see a cut of those transactions, because if we can build something that lets game developers be successful then we’ve succeeded.”

This is the latest integration that Itch.io has brought to help developers make money. Recently the storefront revealed Kickstarter integration, helping studios send keys to backers and so on.

“Products like Patreon and Kickstarter change how independent projects can make money, but they typically treat distribution as a secondary thing,” said Corcoran.

“That’s where we come in, where our focus is managing distribution of games and other digital goods. We have advanced file patching, a desktop app, granular controls for file access, and tools to build and run a community.”