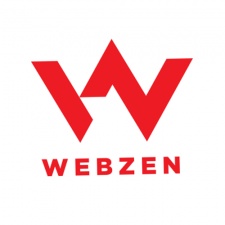 The news comes soon after a long line of accomplishments already had by Webzen’s highly-played MU role-playing series, with the IOS and Android iteration MU Origin already accruing an eye-watering playtime of over 8,000 years after just one year on the market.

Fan-favourite characters like Chewyhams will soon receive a Tokidoki makeover as Webzen’s plans to further diversify collaborations takes effect. This will mark the fourth time Tokidoki has crossed over with a video game IP, having previously appeared in World of Warcraft, Overwatch and Street Fighter.

Tentatively called “Tokidoki x MU”, the licensing collaboration will see MU characters span almost every major merchandise business sector, into avenues like clothes, toys, and fashion. If successful, Webzen hopes to continue this upwards trajectory, by casting the MMORPG series outside of interactive entertainment, into industries like film and animation.

For now, it’s clear that Webzen isn't cutting any corners, working directly with Tokidoki founder and internationally recognised Italian artist Simone Legno with this latest project in the bid to achieve a positive outcome.

Webzen invites the public to enjoy a MU experience, with an art exhibition inspired by the popular MMO franchise