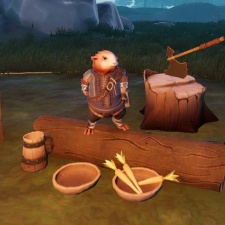 Artcraft Entertainment claim its new technology licensing service will help studios save up to three years of development time.

The Crowfall developer unveiled plans to license out its Artisan Engine and toolset this week, through a new Artcraft Technologies division. By providing other studios with the tools used to create their own games, Artcraft claims it can save developers a significant amount of time and money

"Our technology, which we're calling the Artisan Engine, is an ‘MMO in a box.’ It handles all of the connective tissue that makes a large-scale online game work,” VP of engine technology Josef Hall told PCGamesInsider.biz.

“We are aiming at shaving two-to-three years off of your project schedule and upwards of $10m - we can prove that, because we just built it.“

But Hall tells us that MMORPGs aren’t the limit for Artcraft’s technology ambitions. With a framework in place for creating large, seamless worlds and connecting thousands of users, he hopes to expand the technology side of the business beyond the genre.

“Ultimately, we see this offering as something that could be very beneficial even beyond the MMO genre. The definition of what constitutes a massively multiplayer game has gotten fuzzy. Would The Division be considered an MMO? Destiny? How about Pokemon Go? We have a significant overlap in features with any one of those games.

"Any large-scale online game would get a huge benefit, in terms of calendar time and real-world cost savings, from using our technology."

You can read more about the Artisan Engine in our interview with Artcraft next week.