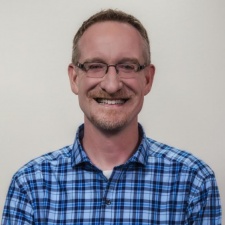 Creating a fully-featured MMORPG is notoriously challenging, particularly for smaller studios. But by giving other developers access to specialist tools for creating vast, networked world, Crowfall developer Artcraft Entertainment, claims it can save studios up to three years of development time as well as $10m on budget.

We asked Josef Hall, VP of engine technology at Artcraft, what was behind the MMORPG developer’s decision to license its tools and tech.

What drove the decision to share your tech with other MMORPG developers?

We were approached by a major studio asking if we would consider licensing our technology, and the more we looked at it, the more it made sense. Todd [Coleman, founder and creative director], Gordon [Walton, president] and I have been on the other side of the table many times: starting a new MMO project from ground zero is daunting, so you go into it hoping that you can find a way to license something to jumpstart production.

It's a traditional "build-or-buy" decision, but unfortunately, the options are always dissatisfying for some reason. Every solution offered either doesn't offer source code, which is a non-starter, offers business terms that aren't workable, or offers limited game functionality.

There are plenty of toolsets and engines out there for game development - why should developers be interested in your technology? What sets your tech apart?

If you're talking about "rendering technology", i.e. the software that drives the graphics, you're absolutely right. Between Unity, Unreal, Crytek and Lumberyard there are plenty of solid options to get you started.

That's not what we're offering. Our technology, which we're calling the Artisan Engine, is an "MMO in a box." It handles all of the connective tissue that makes a large-scale online game work: avatars, items, equipment, monsters, loot tables, day/night cycle, seasons, weather, and many other MMORPG mechanics.

We are aiming at shaving two-to-three years off of your project schedule and upwards of $10m - we can prove that because we just built it. We aren't competing with existing rendering/game technologies; instead, we're integrating with them. We tie into Unity, and will likely support more options based on customer demand.

How is your technology being monetised? What sort of arrangement/access can third-parties expect?

We're new to this, so we're going to be very selective initially in choosing our partners. Our team is still relatively small - 50 people, including both the Crowfall folks and the core engine team - so we need to focus on teams that we really believe can be successful. We have our first partner already signed (and will announce it later this year) and it may be some time before we sign another one.

We're not in a hurry; our first priority is to ship Crowfall and do everything we can to make that first partner successful.

Is technology development an area you’re interested on expanding into further? What are your ambitions in the space?

Ultimately, we see this offering as something that could be very beneficial even beyond the MMO genre. The definition of what constitutes a massively multiplayer game has gotten fuzzy. Would The Division be considered an MMO? Destiny? How about Pokemon Go? We have a significant overlap in features with any one of those games.

Any large-scale online game would get a huge benefit, in terms of calendar time and real-world cost savings, from using our technology.

The MMORPG market seems to have been usurped by newer genres in recent years. What would you say to developers trying to break in?

I would say that the features that used to be unique to MMOs are becoming more mainstream as audiences, and platforms, mature. Players are looking for more immersion, and nothing adds immersion like shared social experiences.

Our goal is to provide all of the things that developers need in order to provide this kind of immersive social experience, but don't necessarily want to build -- so that you can spend your limited time and resources focused on the things that really make your game unique.