It turns out that Injustice 2 is coming to PC 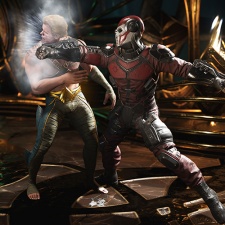 After rumours to this tune last month, Warner Bros’ superhero brawler Injustice 2 is coming to PC.

The title launches at some in the near future on Steam with an open beta, but not on October 25th as previously announced (below). The PC edition is being made by QLOC, who previously worked on 2016's Mortal Kombat X for that same platform.

This flies in the face of speculation that Warner Bros was done with PC following the spectacularly bad launch of 2015’s Batman: Arkham Knight and the less-than-stellar release of Mortal Kombat X.

Both titles launched with errors and issues; Arkham Knight’s problems were never fixed, while Mortal Kombat X received a wealth of new content while beta tests helped fix the brawlers net code, among other things.

With this open beta, it would seem that Warner Bros is being slightly more cautious this time around, which is a good sign.

This PC edition is launching just weeks before the DC crossover film Justice League hits the silver screen, which might help boost sales of the brawler.

The PC beta will NOT begin tomorrow. Stay tuned for more information!

Update on the PC Beta – we’re working on securing a release date. Please stay tuned. We appreciate your patience!

Report: It looks like Injustice 2 is coming to PC