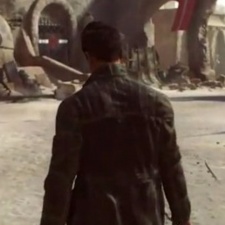 A former developer at BioWare Montreal has backed up claims about EA’s recent Star Wars ‘pivot’.

The publisher last week announced both the closure of developer Visceral and a change of direction for its in-development Star Wars sequel.

“In its current form, [Visceral’s game] was shaping up to be a story-based, linear adventure game,” EA’s executive VP Patrick Soderlund said. “Throughout the development process, we have been testing the game concept with players, listening to the feedback about what and how they want to play, and closely tracking fundamental shifts in the marketplace. It has become clear that to deliver an experience that players will want to come back to and enjoy for a long time to come, we needed to pivot the design.”

Many interpreted this as the desire to move the game away from being a single-purchase single-player experience and toward being a multi-player title supported by potentially lucrative microtransactions.

This belief has now been backed up by Manveer Heir, who told Waypoint that “it’s definitely a thing [that EA] are generally pushing toward more open-world games” because the company “can monetise them better”. This thinking, he said, laid behind the decisions to add card packs to Mass Effect 3 – which is something he saw some players spend as much as $15k on.

Development budgets have been scaled up to nine figures, Heir added, but the ability to make profitable single player games in those conditions has not yet evolved. In a world of return on investment, single player experiences are ceasing to make much sense for larger publishers, he said.

Heir went on to cite BioWare’s next game Anthem, whose Destiny-like design does not appear to be typically BioWare-like – but does look potentially profitable. The open world of Mass Effect: Andromeda, he believes, was also outside of the studio’s comfort zone, which likely contributed to its premature demise.