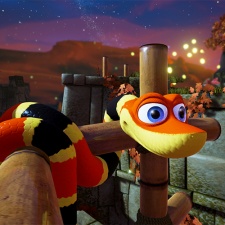 Sheffield-based games maker Sumo Digital is reportedly about to go public, with an initial public offering worth £150m.

That’s according to a story by the Times (paywall), which says that the studio has recruited investment bankers Zeus Capital to help them in the process.

"Sumo is a strong and fast-growing company with a significant market growth opportunity and we frequently review opportunities that will best enable us to achieve our ambitions and potential,” CEO and co-founder Carl Cavers told GamesIndustry.biz.

Sumo was founded in 2003 and has established itself as one of the foremost work-for-hire developers in the world. To date it has worked on triple-A franchises including Disney Infinity, Hitman and Forza Motorsports, as well as Sonic and Sega All-Star Team Racing.

Right now it is working on Crackdown 3 for Microsoft, as well as Deep Silver’s Dead Island 2. Both of these games were announced at E3 2014 and are both a long time coming.

That’s on top of releasing its own titles; earlier this year it made and self-published Snake Pass.