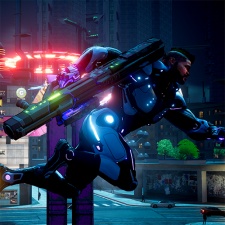 The long-awaited title was set to release on November 7th, 2017, but Microsoft revealed to Polygon via an email interview that it will hit shelves at an unspecified point in early 2018.

“We’re very excited about Crackdown 3, and so are many fans, and so it’s a difficult call to move the release date,” Microsoft Studios Publishing GM Shannon Loftis said.

“However, we want to make sure to deliver the right game, with the right quality, and at the right time. Crackdown 3 is a hugely ambitious game and we want to ensure we deliver the right experiences all the way through every part of the game, whether that’s campaign, co-op multiplayer or our competitive multiplayer mode, Wrecking Zone. Getting the balance right between the three modes is important, and we are going to take the extra development time to ensure that. Gamers can expect Crackdown 3 in Spring of 2018.”

“It's always disappointing to move a date,” he said.

“We are very committed to shipping Crackdown 3 to the level of quality the fans deserve.”

Crackdown 3 was announced at E3 2014 at a early stage of development, and was a showcase of what cloud server tech could do in terms of helping a game reach a higher level of fidelity on aspects such as physics.

Sheffield based Sumo Digital is handling the game’s campaign mode with the help of series creators, Ruffian Games.