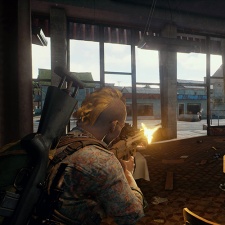 Being the biggest game in the world right now and having millions of concurrent players is great, but it has been causing problems for Playerunknown’s Battlegrounds developer Bluehole.

In a developer blog, the company explained that the sheer number of players on the game at any given point had been putting extreme strain on its servers.

“Our development team has been continuously upgrading the service architecture to address the increasing concurrent player numbers and tackle any emerging issues,” the team wrote.

“Despite our daily efforts, there were some unexpected issues during peak times and we were unable to resolve some of the issues as fast as we would have wanted to.

“We anticipated about 1 million concurrent users in the beginning of our Early Access period and that is when our lobby server was initially designed. Since the end of June, our concurrent player base saw a rapid increase so we started designing a new server architecture. However, the number of users increased faster than our development speed which resulted in more connection and server issues recently.

“It has become increasingly difficult to manage servers during peak times. To alleviate the above, our development team will prepare our servers far more in advance so that they can handle a much larger number of concurrent players. This is something that we plan to continuously improve on.”

The team also addressed server issues in Asia which, alongside ads for VPNs, has resulted in Chinese players review bombing the title on Steam.

“Many players have asked us about the increased number of server crashes in Asia,” Bluehole added.

“Recently, the number of concurrent players in Asia has rapidly increased and there were times the cloud service we’ve been using could not provide more physical servers. To address this problem, we added servers from another cloud service without sufficient testing. Some servers overloaded, which caused frequent crashes. Our development team is investigating the issue in order to prevent it from happening in the future.”

Playerunknown's Battlegrounds has sold more than 13m copies, now selling in the region of one million units each week. Bluehole has spun out a dedicated PUBG company for the game. It's also the game with the highest peak concurrent player figure on Steam.