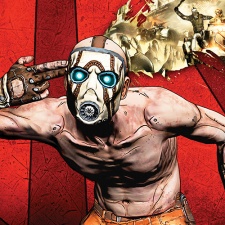 Studio CEO Randy Pitchford has alluded to what Gearbox’s next project is going to be.

Speaking at a PAX West panel – as reported by PCGamesN – the exec said that 90 per cent of the Gearbox team is working on “the thing I think most of you guys want us to be working on," addressing fans of the Borderland franchise.

Despite this rather on-the-nose quote, according to DualShockers Pitchford also said “a product does not exist until it’s announced” which... feels like he's having his cake and eating it (or hedging his bets in case things go wrong).

This isn’t the first time that Pitchford has teased development on a new Borderlands game, with the exec showing off a tech demo for the title in Unreal Engine 4 at GDC 2017.

The multiplayer loot-em-up shooter Borderlands franchise began life in 2009, with a follow-up title, Borderlands 2, releasing in 2012. A prequel, imaginatively titled The Pre-Sequel, hit shelves in 2014, but was developed by 2K Australia rather than Texas-based Gearbox.

The series hasn’t exclusively been a shooter, either, with Telltale releasing the Tales from the Borderlands narrative-focused adventure series in late 2014.