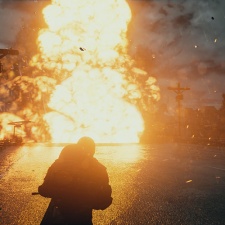 We’re in the second week of the Steam Summer Sale and Playerunknown’s Battlegrounds is once again top of the charts.

Much like last week, this is despite the fact that the Early Access darling has not been discounted at all, which goes to show just how damn popular the battle royale romp is.

Due to the aforementioned Summer Sale, the Top Ten largely features the same faces. Grand Theft Auto V holds second place, ahead of the Game of the Year edition of CD Projekt RED’s The Witcher 3. That title has risen two places since last week.

The popular RPG comes in ahead of Counter-Strike: Global Offensive, which takes the No.4 spot once more. Meanwhile, Square Enix and Platinum collaboration Nier Automata falls two places to fifth.

Early Access survival title H1Z1: King of the Kill charts at sixth place, a rise of two positions since last week, selling more copies than Bethesda’s Dishonored 2 at No.7. Fellow Bethesda title Fallout 4 charted at eight place, a one place rise this week.

And at the bottom of the charts, the Game of the Year version of Middle-earth: Shadow of Mordor has fallen three places to No.9, while Dark Souls III comes in at tenth place.