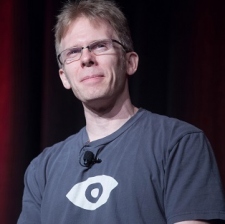 The ZeniMax Media vs Oculus VR trial has officially begun in Dallas, Texas, following a lawsuit filed by ZeniMax in 2014. ZeniMax is alleging that Rift was created using stolen technology sourced from ZeniMax employees.

In 2013, John Carmack, the co-founder of id Software - a company acquired by ZeniMax - joined Oculus as CTO. ZeniMax claims that prior to this, Cormack was heavily involved with the creation of the Oculus Rift headset whilst he was still employed by the company. This alleged relationship between Carmack and Oculus is a focal point in ZeniMax’s allegations.

In a statement made to UploadVR, Oculus took a stance of deniability, dismissing the trial as wasteful, “We’re eager to present our case in court. Oculus and its founders have invested a wealth of time and money in VR because we believe it can fundamentally transform the way people interact and communicate. We’re disappointed that another company is using wasteful litigation to attempt to take credit for technology that it did not have the vision, expertise, or patience to build.”

It sounds like this case is set to get messy. We’ll bring you updates as we get them.