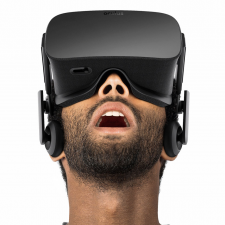 That's according to Law360, which reports that the companies announced they had settled their legal disputes on Monday, December 10th, with the appeals court approving the lawsuit's dismissal the following day.

The details of the settlement have not been made public yet.

In February 2017, a federal jury in Texas found that Oculus was liable for $500m in damages to Zenimax due to copyright and trademark infringement.

In June, ZeniMax attempted to double the $500m damages, with the judge opting to half the figure instead. This was due to around $250m of the original figure being tied to "false designation of origin", i.e. lying about where the Oculus project began. A Texas federal judge found no evidence of this allegation, thus halved the $500m of damages to $250m.

The lawsuit began when ZeniMax found that John Carmack of Id Software had been working with Luckey on an early version of the Oculus VR headset. The company alleged that code that was its property was used in the process.