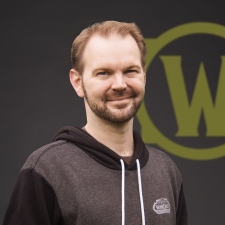 As reported by Bloomberg, the developer refused to give one of his employees a lower rating than they deserved in order to fill a quota. Since 2021, Blizzard has used "stack ranking", which sees staff measured on their performance. This uses a bell curve, which required roughly five per cent of staff to be given lower ratings, something that would harm their potential to receive bonuses or raises.

“When team leads asked why we had to do this, World of Warcraft directors explained that while they did not agree, the reasons given by executive leadership were that it was important to squeeze the bottom-most performers as a way to make sure everybody continues to grow,” Birmingham wrote in an email to staff, expressing his distaste with the system.

“This sort of policy encourages competition between employees, sabotage of one another’s work, a desire for people to find low-performing teams that they can be the best-performing worker on, and ultimately erodes trust and destroys creativity.”

Replying to Bloomberg, Blizzard insists that stack ranking is meant to encourage "excellence in performance" and "ensure employees who don't meet performance expectations receive more honest feedback, differentiated compensation, and a plan on how best to improve their own performance."

Taking to Twitter, Birmingham confirmed the news, adding that stack ranking is a directive from ABK, not Blizzard itself. He also held no punches back on his views about the company.

"But ABK is a problematic parent company," Birmingham wrote.

"They put us under pressure to deliver both [World of Warcraft] expansions early. It is deeply unjust to follow that by depriving employees who worked on them their fair share of profit. The ABK team should be ashamed of themselves."