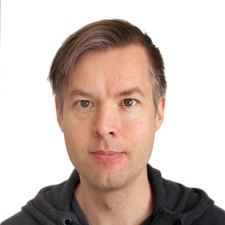 Jens Andersson has been hired by Machine Games to work on its Indiana Jones project.

The developer revealed the news on Twitter – as spotted by VGC – in which he said that he had been brought on board as design director for the upcoming title.

Andersson's career in development start as a lead game programmer role at Starbreeze back in 1998, before being promoted to lead designer five years later. At the Swedish developer, he worked on the likes of The Chronicles of Riddick: Escape from Butcher Bay and The Darkness. In 2009, he moved to LucasArts as lead designer, contributing to Star Wars: The Force Unleashed 2 as well as another unannounced triple-A title.

The following year he founded indie studio Collecting Smiles, through which he actually did contract work for MachineGames on its recent Wolfenstein titles. Most recently, he co-founded another indie studio, Villa Gorilla, which released Yoku's Island Express. We actually caught up with the man himself back in 2017 to discuss this development studio.

On Twitter, Andersson revealed that the aforementioned unannounced triple-A title he was hired to work on at LucasArts was an Indiana Jones project, adding that working on the IP at MachineGames is "redemption".

"Now I get a chance to do what I [originally] hoped to, but this time I get to it with some of my oldest and best friends," he wrote.

"Joining MachineGames is like coming home – amazing people I worked with during Riddick and Darkness, but also teeming with new ones whose talent blows me away daily."

Bethesda revealed in January 2021 that it was working on an Indiana Jones title in collaboration with the newly reformed Lucasfilm Games.