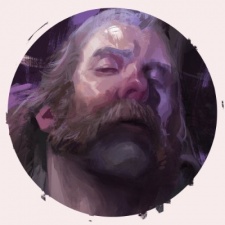 The maker of Disco Elysium ZA/UM has justified its decision for firing key members of its development team.

In a statement to GamesIndustry.biz, the studio said that this was due to them neglecting their duties, creating a toxic work environment, as well as misconduct towards other members of stuff. Oh, and ZA/UM alleges that dismissed employees tried to illegally sell intellectual property that belonged to the studio.

This follows a report with Estonian Ekspress in which ZA/UM CEO Ilmar Kompus said that the studio had a "toxic environment". He also accused designer Robert Kurvitz and minority shareholder Saandar Taal of "humiliating colleagues and intending to steal IP."

Earlier this year, it emerged that Kurvitz, writer Helen Hindpere and art director Aleksander Rostov had been dismissed in 2021.

In its statement, ZA/UM wrote: "ZA/UM cannot and will not tolerate egregious misconduct, even from individuals who, along with the broader team, have contributed to a game that we are exceptionally proud of and that continues to capture imaginations across the globe. In addition to creativity and innovation, ZA/UM also stands for professionalism, kindness, decency, and fairness, which we expect from all our employees. It would be shortsighted to accept anything less, as we need team players for the highly collaborative process that is creating games.

"The rumour that our decision to terminate the contracts of these individuals was taken for financial gain is entirely unfounded and does not in any way reflect the facts. It was a decision that had to be taken for the wellbeing of the collective. Further, ZA/UM denies any claim of financial malfeasance or fraud that is being held against us. The vast majority of profits from Disco Elysium have been invested back into the studio in order to fund our next projects, which are currently in development.

"We will not let the actions and comments of a vocal few distract from the important work of the studio. ZA/UM has tripled in size from a year ago to nearly 100 employees while retaining the vast majority of the team that worked on Disco Elysium. We have built a passionate and creative team of staggering talent that continues to combine storytelling, art, and technology in our efforts to elevate video games and redefine genres. We are excited to forge on doing this with all the love and brilliance in our hearts and minds. We have so much more to show you."