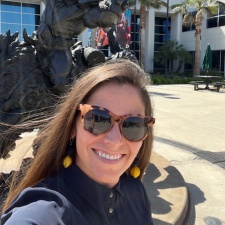 World of Warcraft maker Blizzard has hired Jessica Martinez as its first ever VP and head of culture.

Revealed in a post on its website, she joins having previously spent the last 14 years working at Disney. She was initially hired by the House of Mouse as senior analyst back in 2008, rising through the ranks to become the director for strategic planning, budget and communications ten years later. The following year she was promoted to director of strategic operations and advisor to the CTO for Disney Parks, Experiences and Products.

Martinez has been hired to ensure that the Blizzard is a "more diverse, equitable and inclusive workplace culture".

This obviously comes in the wake of a damning year of press for Activision Blizzard, not least due to the company's allegedly wildly toxic working culture.

“When you create a people-first environment where teams feel safe, valued, and work together toward a shared purpose, everyone thrives–the employees, the players, and the business,” Martinez said.

“Making the values of our connections show up in what we do is how we bring humanity back to business."