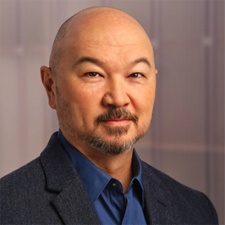 Media firm Skydance has appointed Dan Prigg as the new head of its interactive division.

As reported by Deadline, he is being made an EVP and given the role of head of studio. Before this he spent almost three years working at Aspyr, seemingly contributing to the KOTOR remake. Prior to that he has held roles at Discovery, Scopely and Unity.

"Dan is joining the Skydance Interactive team at a pivotal moment of growth and brings a wealth of knowledge and experience to help propel our team forward into the next phase of interactive entertainment," said Skydance president and chief operating officer Jesse Sisgold.

"Under his leadership, Skydance Interactive aims to expand its operations and game output, further cementing our status as one of the leading VR game studios in the world."

Prigg added: “In a few short years, Skydance Interactive has made a name for itself as one of the best-in-class VR game studios today and has made an enormous mark on the industry. I am thrilled to join such a talented team during this momentous time as we work to deliver high calibre and engaging VR gaming experiences that only Skydance Interactive can offer.”

Back in 2019, Naughty Dog and EA vet Amy Hennig was tapped to head up Skydance's games business.