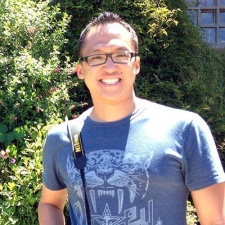 Bungie has hired Derick Tsai to head up its transmedia plans for Destiny.

As spotted by Destiny Bulletin – and in fact announced by Tsai himself on Twitter previously – he has come on board as a senior development executive to lead the company's ambitions for Destiny in film, TV, animation, books, comics and audio.

Tsai previously worked at Riot Games, where he was first a senior producer and later a director for animated short films. Before that he held roles at Roku, HyperX, Universal and Crystal Dynamics.

"Excited to share that I'm the new Head of Development for Destiny Universe Transmedia at
Bungie," Tsai wrote.

"I'm looking forward to driving Destiny into new mediums (#Film #TV #Animation #Books). A huge thanks to Bungie for the opportunity!"

Bungie was recently acquired by PlayStation maker for Sony for $3.6 billion. The Destiny maker was previously hiring for Destiny transmedia.